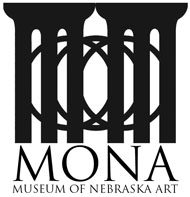 Free and open to the public!

Dr. Michelle Beissel Heath: Patriotism Through Play
Wednesday: October 26 • 2:00 p.m.
Michelle Beissel Heath is an Associate Professor of English at the University of Nebraska at Kearney who specializes in children’s and 19th century British literature. She has published articles on children’s citizenship, play, gender, and literary texts. Her book on games and play, Nineteenth Century Fictions of Childhood & the Politics of Play, is forthcoming from publisher Routledge. Drawing from images and archival research, Dr. Beissel Heath illustrates how 19th and early 20th century card and board games for families and children were used to promote patriotic ideals of citizenship, including notions of “good” literature, and to emphasize that the young United States was just as good as its colonial ancestor, Great Britain.

This presentation is in conjunction with MONA’s Every Picture Tells a Story: Play exhibition.